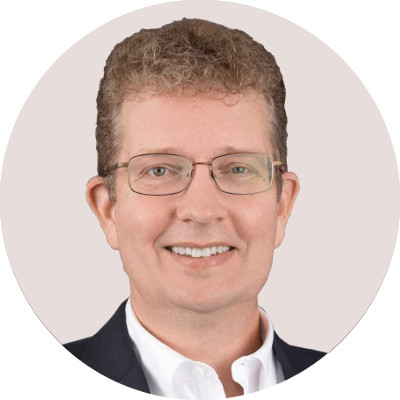 Scott Burell is AIVITA’s Chief Financial Officer, overseeing Accounting, Finance and Investor Relations. Scott has extensive experience as a corporate finance leader with over 30 years of public and private company experience. Prior to joining AIVITA, from 2006 to 2017, Scott was the Chief Financial Officer, Secretary and Treasurer of CombiMatrix Corporation (NASDAQ: CBMX), a publicly traded diagnostics laboratory that was acquired in November 2017 by Invitae Corporation (NYSE:NVTA). Scott led numerous public and private debt and equity financing rounds, led the split-off from its prior parent company in 2007 and also led the turn-around of CombiMatrix from a device manufacturing company to a molecular diagnostics laboratory in 2010. Scott served as CombiMatrix’s Vice President of Finance and Corporate Controller from 2001 to 2006.

From 1999 to 2001, Scott was the Controller for Network Commerce, Inc. (NASDAQ: SPNW), a publicly traded technology and information infrastructure company located in Seattle, Washington. During his tenure, Scott was instrumental in successfully completing the company’s IPO and also led the integration of 9 business acquisitions.

Prior to this, Scott spent nine years with Arthur Andersen’s Audit and Business Advisory practice in Seattle and rose to the level of Senior Manager prior to his departure. During his tenure in public accounting, Scott worked with many clients, both public and private, in the high-tech and healthcare markets, and was involved in numerous public offerings, spin-offs, mergers and acquisitions.

Scott has been a licensed C.P.A. in the State of Washington since 1992 (currently inactive). Scott also serves on the Board of Directors of Microbot Medical, Inc. (NASDAQ: MBOT), an Israeli-based medical device company specializing in the researching, designing, developing and commercializing of transformational micro-robotics medical technologies. He also is a member of the Board of Directors of MER Telecommunications, Ltd., (NASDAQ: MTSL), a telecommunications services company. He is a member of the Forum for Corporate Directors and is a member of the American Institute of Certified Public Accountants. He holds Bachelor of Science degrees in both Accounting and Business Finance from Central Washington University.